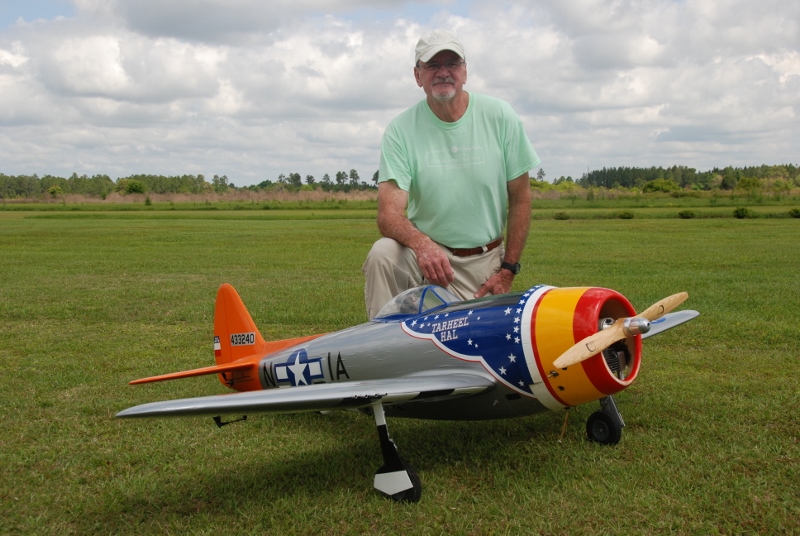 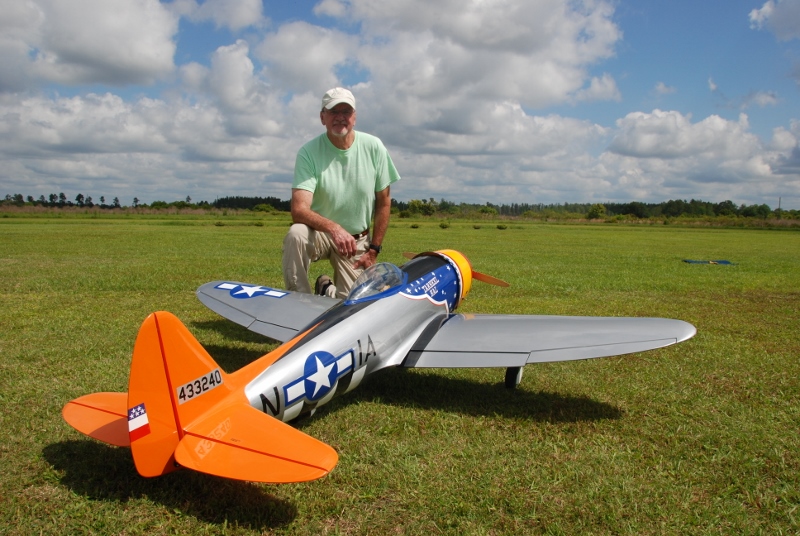 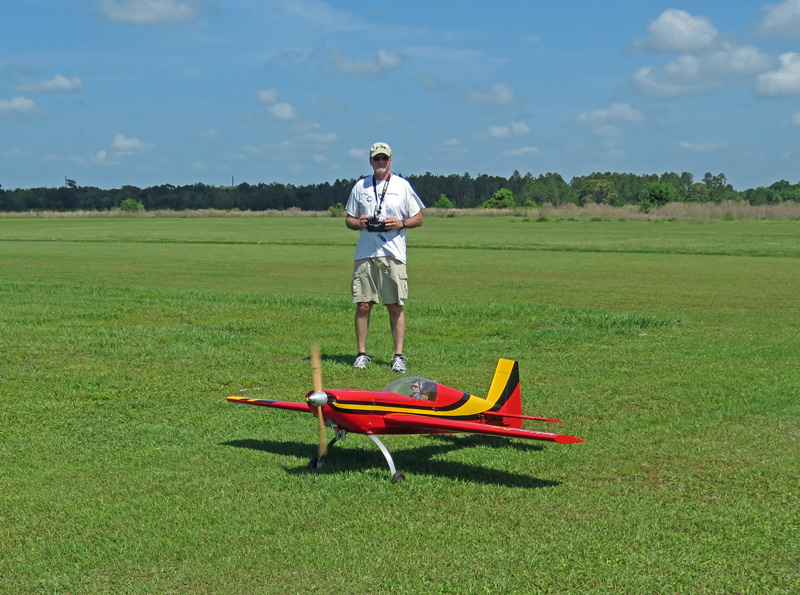 .... and his racer. The red airplane is a Great Planes Cosmic Wind Lil Tony. It has a 63 inch wingspan and is powered by a Saito 100. It weighs about 8 pounds. It is considered a giant scale airplane because the full-scale airplane had only an 18 foot 11 inch wingspan. The full scale plane was a racer in the late 1940's. Consistently, this Lil Toni is pretty quick because of the extremely thin wings and the very aerodynamic shape of the fuselage: 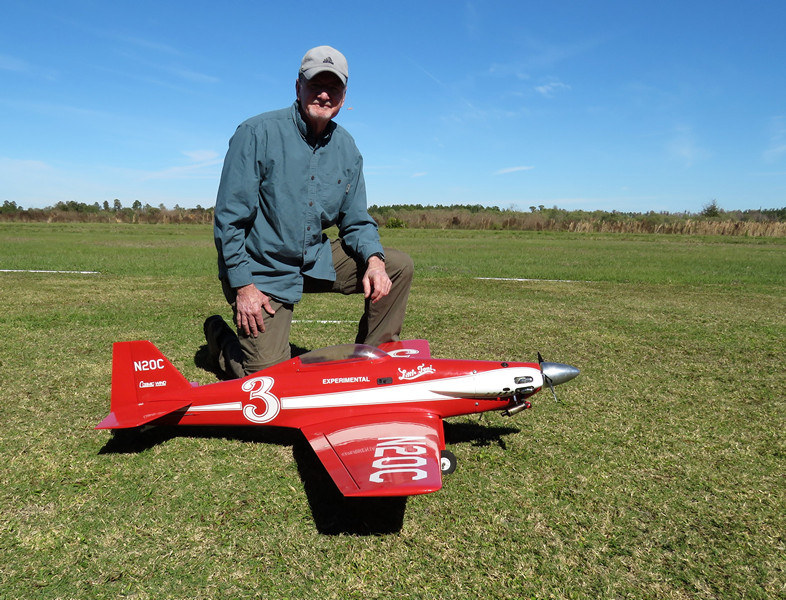